Community Circle: Theatre of the Actors of Regard

I propose that the word “unsightly” be removed from Local Law 5.3 and that it NOT be used in any draft or future Local Law.

Currently, Local Law 5.3 is as follows :

The owner or occupier of premises must not allow the premises to be unsighty.

In this clause, “unsightly” means any land on which :

(1) Unused excavation material or general household waste is present and in view.

(2) Any other thing that has substantial adverse visual amenity impact to the general public in context with the surrounding area.

The owner or occupier of land must not cause or allow that land:

(b) to be kept in a manner which is dangerous.

NOTE: For the purposes of this clause, the term unsightly means land which contains:

80 PUNKS IN THIS VILLAGE AND A FEW HIPPIES 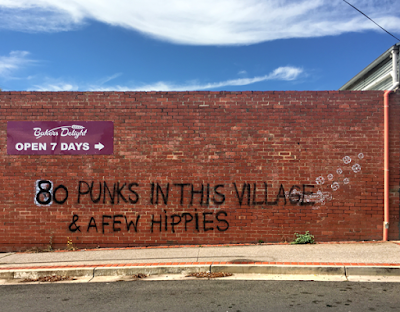 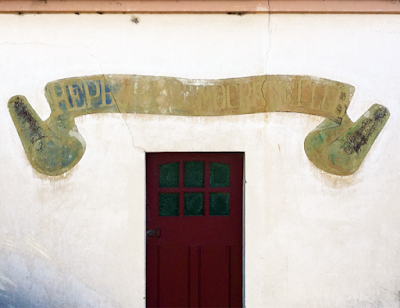 HEPBURN DEMOCRATIC CLUB scrolled on street-frontage
wall of the old Macaroni Factory at Hepburn Springs.
(Why don’t you all f-fade away – ‘My Generation’, The Who) 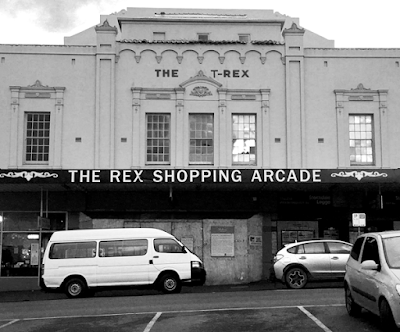 THE T-REX : a long-stalled Shire project in central Daylesford

(f) any other thing making the land visually repugnant; or

(g) detrimental to the general amenity to the area but excludes an enclosed building or structure on the land which complies with regulations made under the Building Act 1993 or the Planning and Environment Act 1987.

It’s a truism that beauty is in the eye of the beholder.

So too is ugliness in the eye of the beholder.

So also, to quote the draft law, unsightliness, visual repugnance and detriment to appearance.

Is it really thought wise that the Shire should legislate all subjective appearance?

Others have long advised otherwise.

“Woe unto the world because of offences! for it must needs be that offences come; but woe to that man by whom the offence cometh!
…if thine eye offend thee, pluck it out, and cast it from thee: it is better for thee to enter into life with one eye, rather than having two eyes to be cast into hell fire.”

And this is 8th century Shantideva :

“Where would there be leather enough to cover the entire world? With just the leather of my sandals, it is as if the whole world were covered. Likewise, I am unable to restrain external phenomena, but I shall restrain my own mind. What need is there to restrain anything else?”

Accordingly, I move that the term “unsightly” be removed from all Local Laws, to be substituted with the term “sight-seeing”. And that “sight-seeing” be represented NOT as the touristic seeing of this or that sightly place or unsightly object; rather that the term “sight-seeing” be offered to all, residents and visitors alike, as an invitation to look within and without. To visit the make-do construction sites our own individual acts of seeing the world into being : to witness in wonder the well-spring of our streaming projections of ‘sightliness’ and ‘unsightliness’.